Banning canning is a misunderstanding 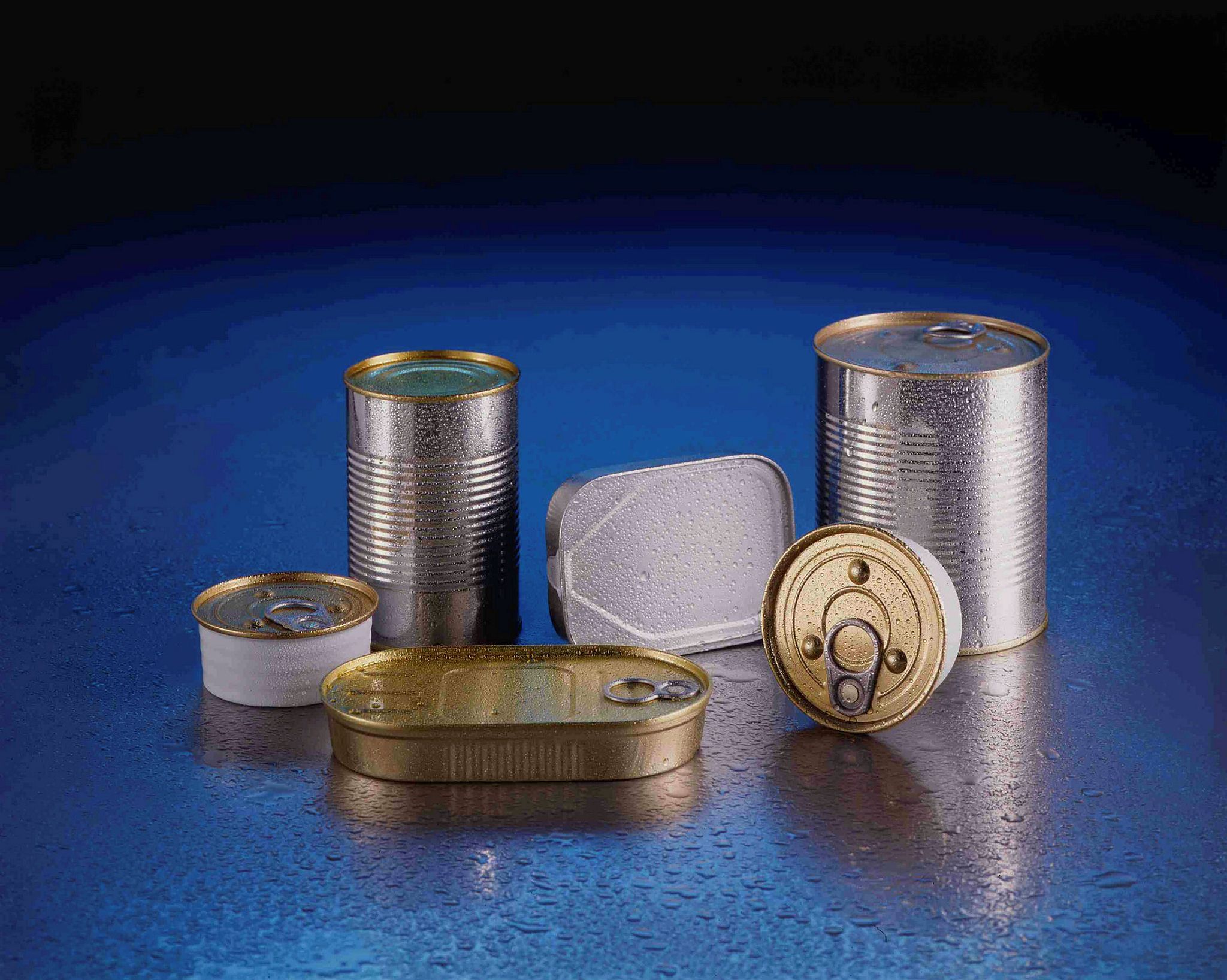 In a world with increasing food waste, canning is an ingenious method that provides long shelf life without using of preservatives.

About this time last year, one of the two largest newspapers in Norway, Dagbladet, reported that “Sterilized foods in hermetically sealed containers will soon be gone from the grocery stores; the cans will never return”. One year later, it is obvious that this is a double misunderstanding.

Even if the metal can is substituted with another material for some foods, the principles of preserving the food remain, and it is not true that the metal cans have disappeared. Only the retail grocery chains claimed that their own brands will change from metal to cardboard packaging, as they believe this will reduce the carbon footprint and transport costs.

The process is one thing, the packaging is another

Many people associate hermetically sealed food with metal cans, especially the large round cans. These large cans are mostly used for ready-made meals that include meat dishes and spaghetti in sauce.

However, technically speaking, canning is a type of process technology, regardless of the type of packaging used.  If you buy chopped tomatoes in cardboard cartons or in a metal can, both of them have been hermetically sealed.

Hermetically sealed packaging must be airtight and prevent microorganisms from penetrating. After sealing has taken place, the food is cooked in a pressure cooker (autoclave) at a temperature of 110 to 135 °C over a period of time to achieve what is called commercially sterile products. The purpose of heat treatment is to kill all vegetative bacteria as well as spores of pathogenic bacteria that may be present in the food, including Clostridium botulinum, which has spores that are heat resistant.

The length of time and the temperature used to inactivate the spores is a science in itself. The most important parameters in this process are the heat conduction that takes place in the food, the geometry and size of the packaging, the packaging material and the heating medium used in the pressure cooker. In addition, the type and number of bacteria that may be present and grow in the product also have to be taken into consideration. When one of the parameters changes, new processing requirements must also be developed.

When properly carried out, enzymes are also inactivated and the room temperature shelf life is greatly increased (2 to 5 years). A level of food safety is achieved that surpasses all other methods of preservation.

For example, using a cardboard carton solution (eg. Tetra Recart) instead of a metal can would involve considerable investment and restructuring regarding production and processing. This would also mean having to acquire new filling and sealing systems and having to rebuild the autoclave trolleys to ensure uniform heat loads.

Cardboard cartons also have a lower coefficient of surface conductance than metal, so the processing time is likely to be longer. In addition, packaging that is square-shaped is at risk of being unevenly heated compared to round packaging. This can cause burning at the corners and edges. In any case, the process must be designed so that the coldest point receives a sufficient heat load in order to make the food safe.

Although there are many alternatives out there, there is one thing that they can’t compete with when it comes to metal. Metal cans are 100% airtight and 100% lightproof, so when alternative packaging provides 12 months of shelf life, the metal can provides several years. Some sardine-lovers argue that the product becomes even better after a few years of maturing in the can. In addition, the metal can is 100% recyclable, just like glass. 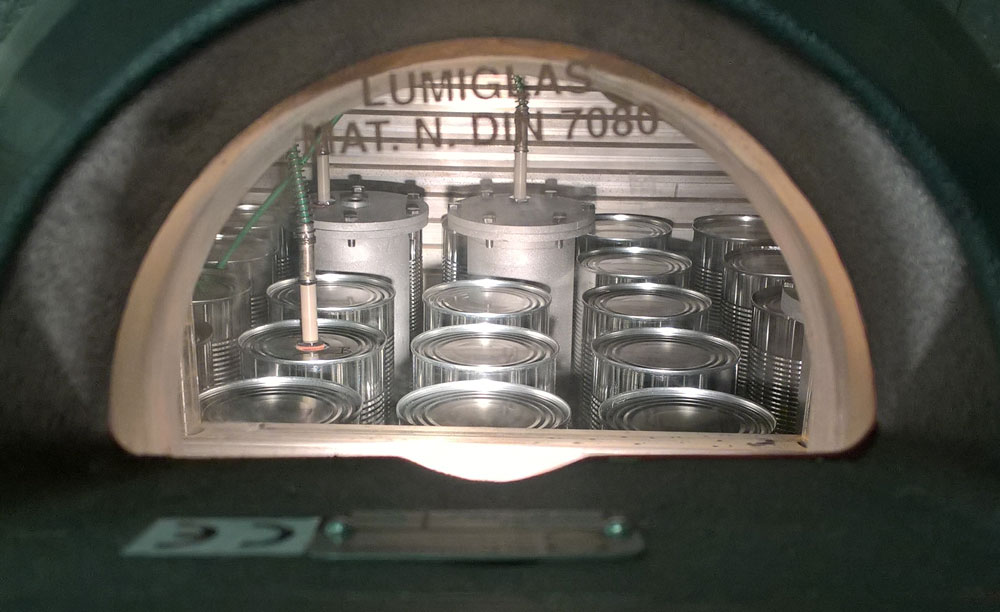 In toroid cans – metal cans with a hole in the middle – the canning process takes less time and preserves more nutrients of the canned food. Photo: Bart van Droogenbroeck, ILVO

Nicolas Appert – The father of canning

In 1809, Nicolas Appert won a competition in France to find the best way to preserve food for long periods of time. A competition was announced as a result of Napoleon’s wish for a better supply of food to his military troops, which he was planning to send deep into Russian territory. Appert’s solution was to boil the food in thick glass bottles that were sealed immediately after boiling with a cork and wax. This allowed the food to last for several weeks.

The following year, the can (iron, coated with can to prevent rusting and sealed with lead solder) was launched and the first canning factory was established in London in 1813. This was more than 50 years before Louis Pasteur showed the connection between killing bacteria and heat. Everyone knew that canning worked, but not why. Eventually, it was also understood why pasteurisation didn’t preserve things forever, because spore forming bacteria need to be exposed to temperatures higher than the boiling point of water in order to be inactivated. This led to the development of counter pressure autoclaves, so that the boiling point of water could be increased high enough to sterilize things. Along with the invention of the seam folding machine at the end of the 1800s, this laid the foundation for the industrialisation of canning and its heyday during the first half of the 1900s.

Canned food is here to stay

In a world with lots of food waste, canned food is an ingenious method that provides long shelf life without the use of preservatives. When food is cooked in a can, the boiling water doesn’t take anything away from the food.  Most of the vitamins, polyunsaturated fatty acids, minerals and nutritional value are retained, even though some water-soluble vitamins like vitamin C are somewhat degraded.

Canned food has saved many people’s lives in disaster areas, and the metal can also keep pests out. It is always a good idea to have a small food stash that can be used if there is a power cut for few days, or as a reserve at the cottage. Apparently, many people agree, as the annual market growth regarding canned food has been 3.8% globally.

The canned food market is still growing in the United States, especially regarding vegetables and ready-made meals. The same trends are seen in the UK. Source: Grand View Research

In the EU funded research project called InProVe, we are working to improve heat treatment with the use of microwaves, among other things. This method of rapid heating can be used to provide better product quality. We didn’t have this opportunity until we got alternatives to metal packaging and microwave pressure ovens.

Research is also being conducted on how so-called toroid cans can be used to reduce heating times and thereby improve the quality of hermetically sealed food. We are continuing our research and innovation within the field of canned food, and are convinced that canned food will be present in food stores of the future, along with pasteurised and chilled ready-made meals and fresh products with short shelf lives.