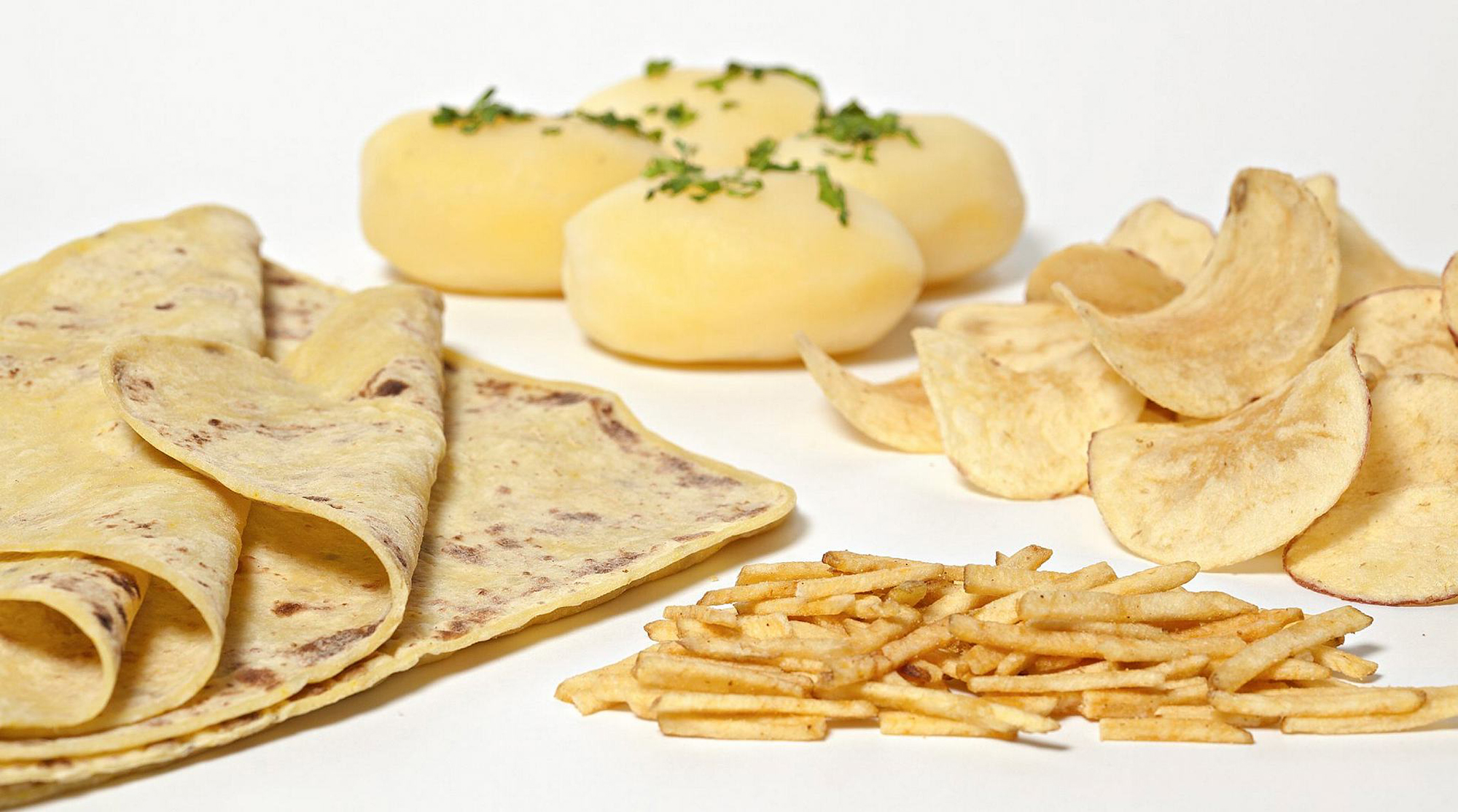 Potato products are associated with a great deal of waste. The new project will improve both the product and production, as well as help reduce waste. Photo: Nofima

As we know, the potato is a versatile fellow which can be utilized in a number of ways. But can we also utilize the entire potato plant? We can make better use of potato peels, stalks and other waste by using technologies that both reduce food waste, have a low environmental impact and provide healthier and more tasteful foods.

A lot of uneaten food winds up in the trash every day – not just at home, but also as a part of the food production process. Worldwide, an estimated 400 million metric tonnes of plant-based food waste is created every year – and that is without taking agricultural waste into account.

– The potential for improvement is enormous. We believe that implementing new technologies in the food industry can help us utilize more of each plant, and thereby reduce waste, says Nofima scientist Trond Løvdal.

He is the leader of the newly launched research project «InProVe», where research scientists from five European countries will work to provide the food industry with new opportunities for creating more sustainable potato and vegetable products. The project is funded by the EU, and the researchers are teaming up with food manufacturers to ensure that the research is relevant to the industry. New ready-made food products will be developed during the project.

Heat treatment in a pressure cooker for sterilization (autoclave) has long been the food industry’s preferred method for preventing bacterial growth in order to produce safe products with long shelf lives. Now, the researchers will test how efficiently three new microwave techniques can make off with bacteria on potatoes and vegetables.

– Microwaves require little power and water in order to neutralize bacteria, compared to autoclaves. Microwave treatment is also a lot faster, usually done in a matter of minutes, than the regular processes – which can take hours. For some products, the process speed can be reduced by up to 90 percent, says Løvdal.

As the food is exposed to heat for a significantly shorter period of time, it does not become overcooked.

– Past experiments where we microwaved products such as broccoli and cauliflower yielded positive results They retain more of their nutrients, and have a better colour and texture, when they undergo heat treatment in a microwave oven instead of in a regular autoclave, says Løvdal.

In the new project, the microwave treatment will also be combined with different pressure techniques.

Potatoes are grown all over Europe, and are used in countless dishes and food products. However, potato production generates a great deal of waste, especially potato peels. Potato peels are currently used primarily as a source of starch, for potato flour and for instant mashed potatoes. Although much is already utilized, the researchers have several ideas for how manufacturers can process the waste in an even better way than today.

Pulsed electric fields, or PEF, is a technology where electricity is used to break down the cells of bacteria. This technology also opens up the cell wall of plant cells, making it easier to retrieve valuable components from the waste. For example, PEF can be used as a pretreatment to increase the yield by extracting starch from potato waste, or carotenoids from carrot peels. The valuable components in peels, stalks and other waste can be extracted in a safe and simple manner without having to resort to chemicals which are harmful for the environment.

– A production process without chemicals will be a major step towards a more sustainable food industry, says the project manager.

– The great thing is that foods that undergo treatment from these new technologies also become safer, healthier and more tasteful as a result.

In addition to potatoes, the researchers will also work with carrots, broccoli, cauliflowers, black oyster plants, celery roots, peas and legumes. As a part of the testing, the researchers will investigate the food safety, quality and nutritional value of potatoes and other vegetables that are treated with the new techniques.

The project also aims to develop computer models to predict how different processes will affect the nutritional value of food products. In addition, they will create a tool for helping food manufacturers to reduce their energy and water consumption and thereby increase profitability. In order to save even more energy, the researchers will also try out entirely new ways of packaging products.

– We believe that the technical solutions we will develop as part of this project will result in less waste in all stages of the potato and vegetable production, from delivery at the production plants to when they are eaten, Løvdal concludes.